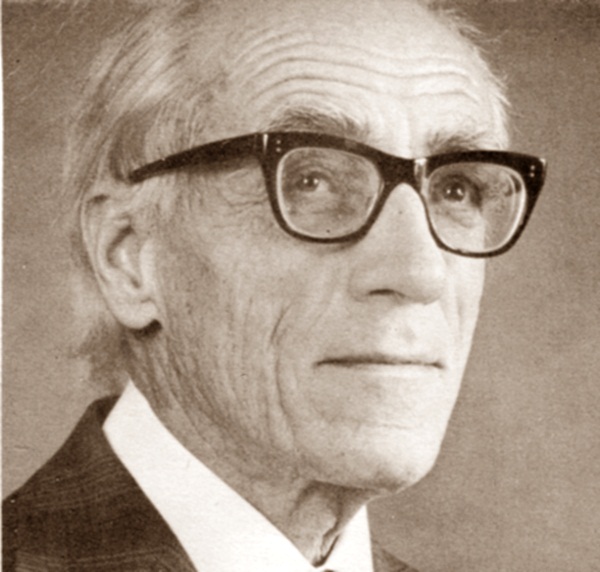 Paul Steinitz was born in Chichester, West Sussex on 25 August 1909.  During his lifetime Dr. Steinitz was acknowledged to be one of the leading authorities on the music of J S Bach and the word ‘legendary’ is now often applied when describing his pioneering work and public Bach performances. He was a pioneer in the use of period instruments in the UK and introduced important stylistic considerations in the performance of baroque music that are now established practice as the result of his scholarship and advocacy. He realised a determined pre-WW2 ambition and was eventually able to found the London Bach Society on 7 November 1946 with the long-term ambition to perform ‘Bach in its original form’. Later Steinitz realised another ambition and in 1968 founded Steinitz Bach Players, the professional chamber orchestra that has underpinned Steinitz’ musical ideals since and provided a professional chamber orchestra for the developing Society.

Among his most significant and influential achievements are:

The Bach cantata cycle took nearly thirty years to complete, the achievement of which is still unique to the Society in this country today. Inspired by Paul Steinitz’s example, contemporary conductors, singers and players  now readily turn to the cantatas,  the cornerstone of Bach’s output.

Paul Steinitz studied at the Royal Academy of Music, held a Doctorate of Music of the University of London and was a member of the University’s Senate. He was also a Professor, Consultant Professor and Fellow of the Royal Academy of Music, and a Fellow of the Royal College of Organists. Dr. Steinitz was made an Officer of the Order of the British Empire in H M The Queen’s New Year Honours in Bach’s ter-centenary year, 1985. 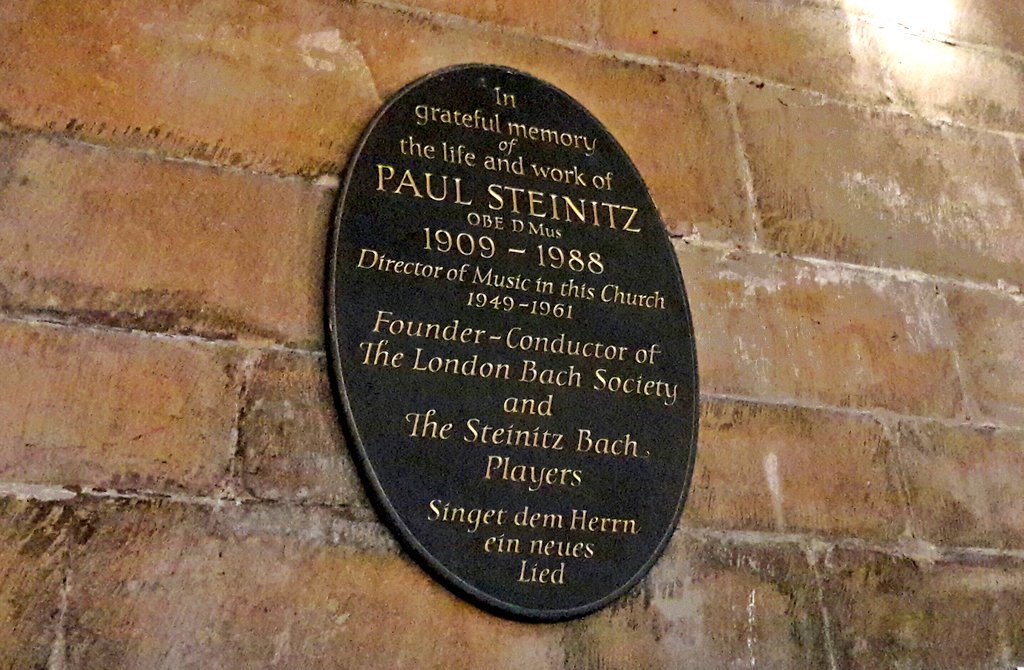 The memorial to Paul Steinitz, founder-conductor in the Cloister of St Bartholomew-the-Great

The public memorial to Dr Steinitz was unveiled by the Lord Mayor of London (Sir Alexander Grahame GBE) in April 1991 and is placed in the historic Cloister of the Priory Church of St. Bartholomew-the-Great West Smithfield, London’s oldest church, where Paul was Organist and Director of Music from 1949-1961. On 2 May 2017 Paul Steinitz’ name was inscribed in the Book of Remembrance of the Musicians Chapel, St Sepulchre-without-Newgate in the City of London.