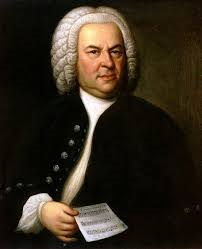 During his lifetime Bach assembled a large library of books. Writings on Lutheran theology and the literary work of the day provided a rich source of reference material and thought for the composer as well as his well-thumbed Bible. Some volumes in his Library are well annotated by him and, in the absence of a substantial number of personal letters and papers having survived, they provide us with some precious insight into the composer’s life and character.

Our own Bach bookshelf reflects the work of contemporary scholars. The differing approaches provide  fascinating reading material, carefully researched and written by leading Bach scholars and authors today.  Our selection also includes volumes that will enlighten the reader about the composer’s life, the fashion and taste of the age too, with one that is an absorbing series of chapters on the dissemination of Bach’s music in 19th century England, complete with detailed footnotes and references.  We have also listed a new Bach-themed Novel by Lauren Belfer

NEW The latest Bach Biography. The author is Michael Maul, Artistic Director of the Leipzig Bach Festival, Bach Scholar and Researcher at Leipzig Bach Archiv. It is published by Lehmstedt www.lehmstedt.de

A review will be published in the next online edition of the LBS Journal “Bach Notes”.

“Bach’s Musical Universe, the Composer and His Work” by Christoph Wolff. Published by W.W.Norton & Co 20 March 2020 Click here for our Review

More information, including illustrations of the real people and places included in the novel, as well as a Spotify play list of the music discussed in the book, is available on Lauren’s website:  https://laurenbelfer.com/