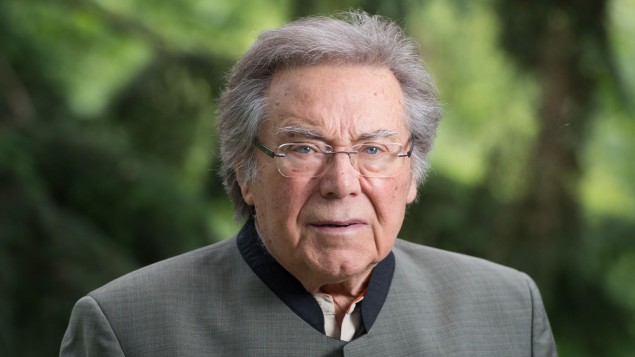 “Here was a musician completely at one with the music and its meaning”. St Matthew Passion.

The musical world has received the sad news that the world renowned German tenor Peter Schreier passed away in Dresden on 25 December 2019, aged 84.

One of the great voices of the 20th century, Schreier’s performances of Bach, of German Lieder, of Opera, Mozart, Beethoven among others, whether on the concert platform, in the opera house or on disc were often regarded as definitive, bench marks for the legions of young singers who beat a path to his door in more recent years to attend his Master Classes and to receive individual tuition. His performances as the Evangelist in Bach’s Passions became legendary worldwide.  I attended one of the traditional Good Friday Bach Passion performances in Leipzig in the early 1990s where Schreier was both Evangelist and tenor soloist (a German tradition), singing from the Gallery, directed by Thomaskantor Christoph Biller in Leipzig’s Thomaskirche, with ‘Bach’s Choir’ the Thomanerchor seated behind him. The rapt attention of the packed church in a poignant performance given just a year or two after the Fall of the Berlin Wall was one I shall never forget.

Peter Schreier was born on 29 July 1935 at Meissen in Saxony into a musical family. WWII was at its height and most of Dresden in rubble by the time he entered the famous Dresdner Kreuzchor, a world-famous musical institution with an environment steeped in the rich tradition that defines the cultural heritage of this part of eastern Germany.  His director, the Kreuzkantor, was none other than the charismatic Rudolph Mauersberger, who encouraged the young Schreier giving him, first of all, alto solos to perform then once the voice broke (his at the age of 16), the tenor solos.  Clearly a singing career beckoned. Rudolph Mauersberger’s younger brother Erhard was later to become the Leipzig Thomaskantor, the brothers serving these two prominent Saxon institutions in part at the same time; these were significant appointments in the former German Democratic Republic.  Schreier performed and later recorded with both; Bach Cantatas  regularly with Erhard Mauersberger at Leipzig and Bach’s St Matthew Passion with Rudolph Mauersberger in Dresden. Thus, Peter Schreier grew up surrounded by Bach’s music, the study and performance of which he was determined to pursue from his youth, among other composers and genres. Following further study at the Dresden klonopin buy online Musikhochschule, which included conducting as well as singing, Schreier then made his opera debut at the Dresdner Staatsoper in 1957 at the age of 22, rising quickly up the musical ladder over the next twenty years and into the realms of international stardom.

Bach’s vocal works were at the centre of the repertory even in the German communist state (1949-1989), an era in which Schreier spent most of his working life as a professional singer.  As a member of the famous Dresden Kreuzchor, the young Schreier was allowed to travel abroad. This was a state privilege for eminent ‘exports’ and one the powers-that-be in East Berlin generously provided in later times, as Schreier’s reputation grew and the invitations to perform opera and lieder around the world, from Buenos Aires to Tokyo, flowed into the State Concert Agency(Kunstler Agentur). He was one of the few artists who was allowed to travel and work regularly outside the GDR, such was the regard and importance in which he was held by the state authorities.  Sadly, his visits to London were few and far between in GDR years, but when he did appear here, mostly singing German Lieder recitals, it was to packed houses and to rapturous applause.

With a large folio of recordings under Richter, Rilling, von Karajan, Abbado, to name a few, in later years and then post-GDR, Schreier soon began to direct performances and to record. In the Bach Passions it was often from memory too. One occasion was here in London only a few years ago when he directed a performance of St Matthew Passion with students of the Royal College of Music, no visible score to hand and clearly knowing every single note of every single recitative, aria, chorus, played and sung. Here was a musician completely at one with the music and its meaning.   While Schreier did not embrace historical performance practice as we have come to define it, his intimate knowledge of the Bach repertoire in particular and the deep insight he has brought to its interpretation made him a very deserving recipient of the RAM/Kohn Foundation Bach Prize in 2010, a significant award amongst a raft of similar ones for an artist whose depth of understanding and insight in whichever repertoire he was engaged will continue to inspire – Bach, Lieder, Opera.

A legend in his lifetime.