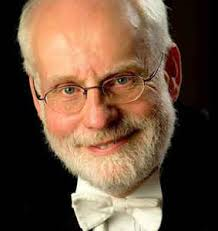 Dutch conductor, harpsichordist and Bach specialist Ton Koopman was appointed President of the Leipzig Bach-Archiv in May 2019. 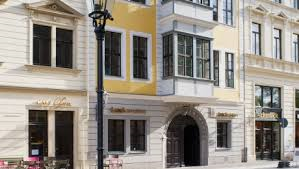 Situated in the elegant Thomaskirchhof and immediately opposite the city’s Thomaskirche is one of the most important institutions in the world of music today.

Originally founded in 1950, the Bach bi-centenary year, the Archiv’s chief mission then was to rescue Bach documents, manuscripts and other composer-related material from the rubble of WWII and take them into care. Now, half a century later and in the post-German reunification era, the Archiv’s detailed survey of current archival and library material in central Germany has provided a fresh, exciting and valuable on going purpose, begun by the centre’s former Director, international Bach expert Professor Dr Christoph Wolff. This is now continued apace by his successor Professor Peter Wollny (pictured below) and his team of expert archivists and editors. 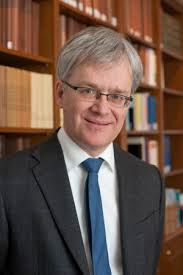 The Bach world of performers, scholars and audiences is a truly global community now, with his music fascinating and enlightening in both hemispheres, across the continents, north, south, east, west… and played on practically any instrument you care to name. By dedicating a page to the work of the Leipzig Bach-Archiv, LBS is playing its part in disseminating more widely the fresh information that flows from the research programmes being carried out. Click on the links at the foot of the page.

Notable discoveries, an acquisition, a very special bequest and why the Bach-Archiv is important

The discoveries made by the very able Archive team, led by their Director, inform our performances and they often find precious missing pieces from the jigsaw puzzle that is Bach’s life and work. These also assist us in the on-going mission to fire the musical imagination of the new generations that will follow us and to open the door to Bach’s music to new audiences in the years ahead.

It was researcher Dr Michael Maul who discovered a new Bach Aria in a shoebox at the Anna Amalia Library at Weimar in 2005 for example, the first such discovery for seven decades. Since then a steady stream of new discoveries has flowed as the result of what is undoubtedly long and painstaking work. Furthermore, Dr Christine Blanken’s research revealed in 2015 the hitherto unknown identity of the likely librettist for the Third Cycle of Bach’s Cantatas (1726-27), clomiphene online Christoph Birkmann, a hugely significant discovery. What will emerge next…?

The Bach-Digital website, up and running for the past three years, is stocked full of information about the Bach repertoire, including the precious manuscripts, and is a virtual paradise. Click on the link www.bach-digital.de

An announcement by the Bach-Archiv made in February 2017 revealed the latest good news that the score of Bach’s Cantata BWV 20 “O Ewigkeit, du Donnerwort” (Leipzig 1724) had been purchased for 1.98 million Euros, thanks to some very generous donors, and was now safely back in Leipzig. On the occasion of its formal presentation to the Leipzig public and press, Professor Wollny made the following remarks….

“On every page we see the focused work of the composer, who is constantly seeking to determine the best possible formulation of any given musical idea. The study of this manuscript is an opportunity for us to reflect on how Bach’s chorale cantata cycles were originally written and revised; it enables us to have a better understanding of Bach’s art.”

For musicians around the globe preparing our own performances, this kind of acquisition, the information that such a document or score reveals, plus any further discoveries that come to light, all  help to underpin our public performances of the music itself, enables us to inform our audiences more accurately and in greater detail. Bach and his music is a life-long study. Because of serious problems with the nervous system, I have to take tranquilizers. I’ll tell you straight away that I am not self-medicating; all the drugs I use were prescribed by doctors. Compared with other tranquilizers, Valium is as potent as Alprazolam, while Clonazepam and Phenazepam are much more powerful than Diazepam. Valium eliminates panic attacks well. During the periods of severe stress, when overwork causes problems with sleep, Diazepam has a good soporific effect. With adequate dosage, it doesn’t turn a person into a vegetable.

At the Leipzig Bachfest in 2015 and in the year the city commemorated its 1000th anniversary, the famous (second) portrait of Bach by Elias Gottlieb Haussmann dated 1748 was presented to the Bach-Archiv, a bequest by the previous owner, the late Dr William Scheide of Princeton, USA.